Most of the men and women serving in South East Asia were on ‘hostilities only’ service. By the summer of 1945 with the war in Europe over many additional men and women had been moved to the Far East. Large numbers of these new arrivals were disgruntled because they had expected their active service to come to an end in May 1945.

In addition to this new group there were many who had completed overlong and arduous tours of duty in the Far East and were hoping for repatriation and demobilisation. Repatriation had began in the Spring of 1945, but due to a lack of air and sea transport had not gone smoothly. This was compounded by unwise political decisions made in the United Kingdom limiting all tours of duty to three years and 4 months. 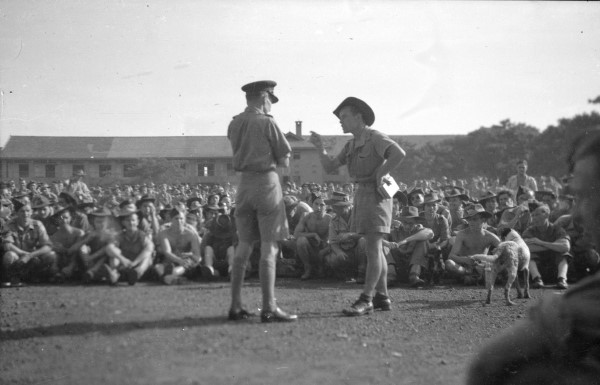 Following the end of hostilities dissatisfaction grew among airmen in South East Asia, with a small number of political agitators making the situation much worse. The first demonstration took place in Mauripur, India on 22 January 1946 when in a few days the trouble spread to Ceylon where there was a refusal to service aircraft.

Generally speaking the airmen were well behaved but refused to undertake orders given to them by their officers. Senior officers were shocked by the strength of feeling but could do little more than restate the official demobilisation plans – the cause of the men’s dissatisfaction in the first place.

As the personnel were still on active service their actions were technically mutinous, but the authorities wisely decided to call them ‘strikes’ which defused the situation.