An interwar air circus pilot, Gower was the daughter of an MP. She was very well connected, socially and politically.

She was also incredibly diplomatic and made it her mission to see women succeed in aviation.

‘Some people believe women pilots to be a race apart, and born ‘fully fledged’. Women are not born with wings, neither are men for that matter. Wings are won by hard work, just as proficiency is won in any profession’

Pauline Gower in ‘A Harvest of Memories’, P.170 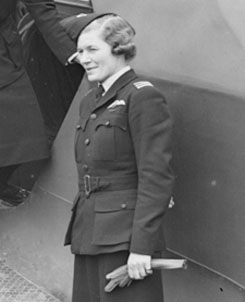