With the bombing offensive against Germany in full swing, there was an increase in the number of four engine bombers to deliver.

In September 1942, while based at White Waltham, Lettice Curtis was put forward to train on four engine bombers.

In February 1943 she passed the tests. Joan Hughes soon followed and by the end of the war eleven women had been cleared to fly heavy bombers.

Sadly no women ever achieved a Class 6 license to fly flying boats. (However, not many male ATA pilots held this license either.) 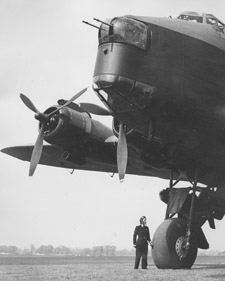