The successful use of air power during the Jebel Akhdar Campaign provided the impetus for the formation of the Sultan of Muscat and Oman’s Air Force. 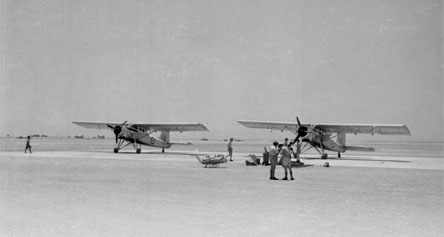 The 1950s had seen several challenges to Oman’s sovereignty, which led to the modernisation of the Sultan’s Armed Forces. This was driven by increased nationalism in the Middle East and the discovery of oil.

The Jebel Akhdar Campaign illustrated the importance of air power and an exchange of letters in 1958 between the Sultan and the British Government agreed to the formation of a national air force. The British Foreign Office agreed to fund it while the Royal Air Force would supply officers. This set a precedence that continues to this day. 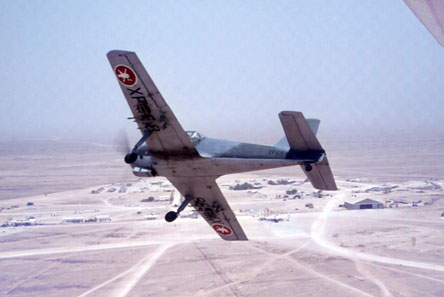 Initial aircraft for the Sultan of Muscat and Oman’s Air Force consisted of two Scottish Aviation Pioneers (XL518 and CL554), provided by No 78 Squadron based at Aden, together with three Hunting Provosts T.52 (XF682, XF683 and XF688) delivered directly from the manufacturer. The Pioneers were the first aircraft to wear the Sultan’s insignia; the crossed swords and Khanjar (dagger) design. 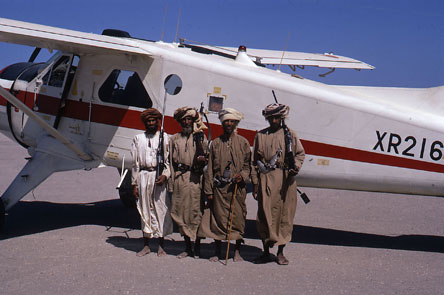 The Sultan of Muscat and Oman’s Air Force operated four Pioneers before the type was withdrawn in 1962. Although its rugged short take-off and landing capability proved useful, the extreme environmental conditions created engine and maintenance problems. Four De Havilland Canada DHC-2 Beavers (XR213-XR216), which proved well suited to conditions in Oman and undertook transport and logistical tasks, replaced the Pioneers.

The Role of Airwork Services Limited

As well as Royal Air Force officers and aircrew on loan service, the British government agreed that Airwork Services Limited would provide maintenance to the Sultan’s newly formed air force. Airwork had a long history of providing support to the Royal Air Force from the company’s formation in 1928 and had a proven record of working in the Middle East. Many Airwork staff was ex-military, and while employed as civilians, in 1977, the Sultan agreed to award the Dhofar Medal to those eligible.