As soon as details were released about 617 Squadron’s operation against the Möhne, Eder and Sorpe Dams, the British media (with other countries following fast) 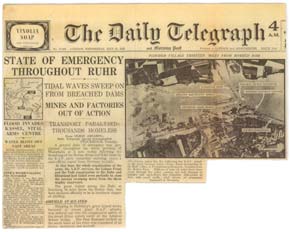 threw themselves into a frenzy of reporting. The front page of the Daily Telegraph published on 19 May 1943 details the events in some depth.

Keen to capitalise on the media interest surrounding the operation against the dams, many organisations produced propaganda material 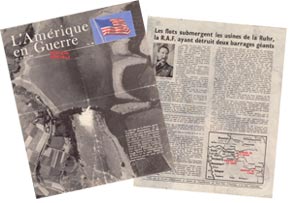 for distribution over Germany and occupied Europe. The 48th edition of L’Amérique en Guerre shown here is an example of the type of material produced by the US Government’s Office of War Information.

Supplement to the London Gazette dated 25 May 1943 showing the 34 decorations awarded to members of 617 Squadron. 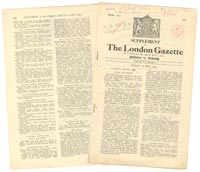