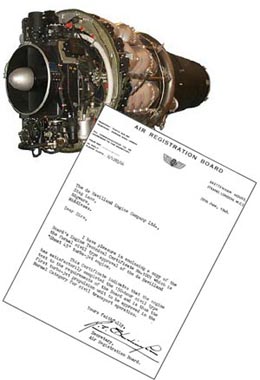 The Ghost engine was developed from the de Havilland Goblin engine which was fitted to the de Havilland Vampire and the first Gloster Meteor. The Ghost was a simple construction based on Sir Frank Whittle’s early designs and suited to civil use as it had long intervals between services.