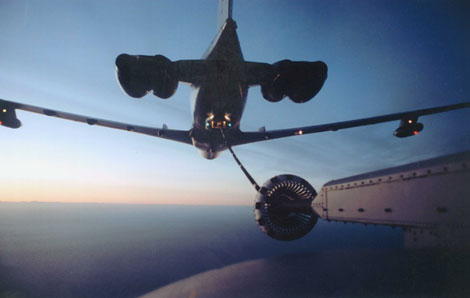 He understood that it takes more power for an aeroplane to take off than to fly. The additional power needed to take off results in a smaller range and payload for that aeroplane.

Cobham established Flight Refuelling Limited in 1934 to provide a solution for this problem. His company developed the pioneering ‘probe and drogue’ technique of in-flight refuelling which is still used today by air forces all over the world.