Besides its pilots the ATA had an extensive support staff. The Operations Officers at each pool would be issued with a list of aircraft for movement that day. From this they drew up the days flying programme.

Motor transport was also important. Each ATA pool employed drivers to pick up pilots or much needed spare parts. Despatch riders were also a part of the service.

The ATA also had a medical division of doctors and nurses, although they used the military hospital at Taplow when needed.
Ambulance drivers, fire fighters, administrators and engineers all had a role to play in the ATA. 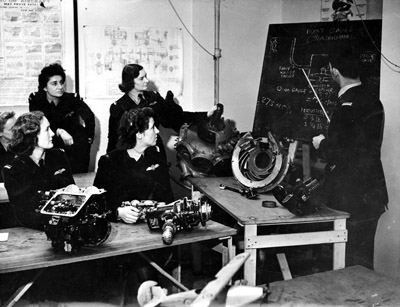