Introduction to the Phases of the Battle of Britain

“…I expect that the Battle of Britain is about to begin…”

In the United Kingdom the Battle of Britain is recognised officially as having taken place between 10th July and 31st October 1940.

The Germans do not recognise these dates in the same way. 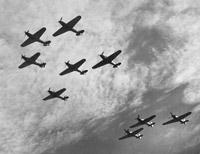 Different historians have described the progress of the Battle in different ways, but it is possible to identify five main phases,

which started soon after the Luftwaffe had regrouped and consolidated its position following the defeat of France. Although they

have been given precise dates one phase often drifted into the next and they should not be treated as hard and fast.

Battle of Britain – Phase One

Scattered and limited day and night attacks and mine-laying sorties, directed mainly against ports and shipping and towns with aircraft factories. 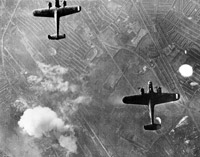 Large-scale daylight attacks against RAF airfields in South-East England, with the object of exhausting the RAF’ ability to provide a defence. Night attacks continued.

This was also the start of what came to be called the ‘Blitz’ on the capital and against other cities and towns, which lasted until May 1941.