A general arrangement drawing below, shows the spotlights used to judge the height of the aircraft. When the two beams met on the surface the aircraft was at 60 feet. 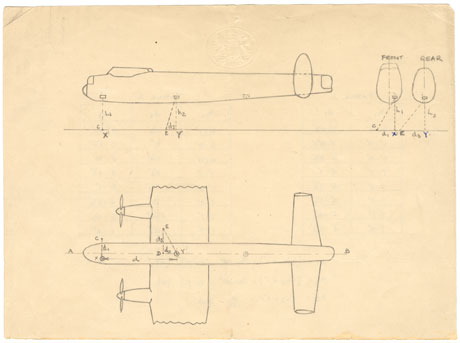 This modification was designed by Benjamin Lockspeiser, the Deputy Director of Scientific Research at the Ministry of Aircraft Production, who recalled a proposed system to find in-shore submarines using aircraft fitted with searchlights. The fitting of the lights was made necessary after the special low level altimeter developed by EMI was found to be unreliable.