Women in the RAF Today

Today women serve in all branches of the Royal Air Force. 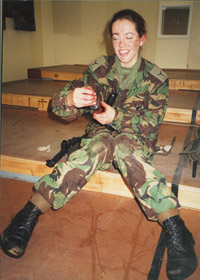 The majority of women are employed in administrative and technical ground trades but an increasing number are involved in operations.

Michelle Goodman – in her own words

Another milestone was reached this year when, in March 2009, Flt Lt Kirsty Moore of 13 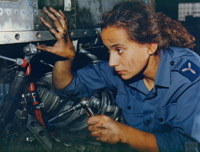 Squadron was appointed the first female pilot in the Red Arrows.

The contribution of women to the RAF continues to grow and the lines between the sexes have become increasingly blurred. Even pregnancy, once considered grounds for discharge, is no longer a barrier for employment. 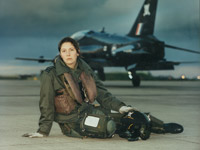 This exhibition is dedicated to those women who have served and died in the Women’s Royal Air Force,

the Women’s Auxiliary Air Force and the Royal Air Force.