Civilian flying saw a huge surge in popularity during the 1920s and 1930s with many learning to fly.

The First World War had turned aircraft production into a booming industry. Out of the conflict many companies emerged with new ideas and designs.

de Havilland produced their popular Moth series of aircraft which were favourably priced . Flying clubs were founded across Britain and for a while, the government funded private flying.

It was also a period of competition and excitement with record breaking and endurance feats in aviation.

Since 1933 the Nazis had been re-arming. As it became more apparent that war was inevitable Britain started to re-equip the RAF and the Fleet Air Arm.

New metal monoplane fighters such as the RAF’s Spitfire and the Navy’s Fairey Fulmar were developed to replace outdated biplanes. 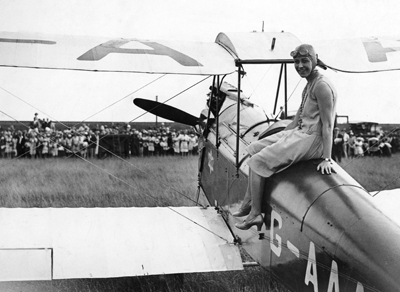