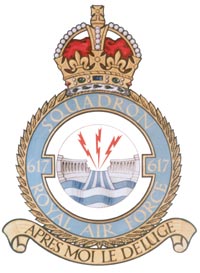 The idea of dams as targets for aerial bombing was first put forward in 1937. The idea was simple, destroying the dam would stop it generating electricity for industry, while the sudden release of pent up water would cause havoc downstream.

In July 1938 the Air Ministry noted that the Ruhr consumed almost 25% of Germany’s water, most of this from the reservoir behind the Möhne Dam. Many ideas for breaching the Möhne were put forward from 1937 but there was no suitable weapon in existence.

Efforts to find a way to destroy Germany’s dams intensified once war broke out. Rockets, bombs, torpedoes, mines, paratroops and even remote-controlled aircraft were considered.

In May 1940 all previous schemes were reviewed and a new idea was put forward. This involved a surface skimming torpedo, fitted with hydrostatic fuses, designed to detonate against the dam face. By this point Barnes Neville Wallis had become involved with efforts to breach the dams. 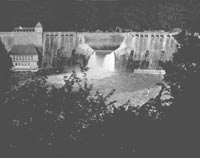 Wallis was Assistant Chief Designer with Vickers-Armstrongs’ Aviation Section and had worked on the structural design of the R100 airship and Wellington bomber. Forced out of his office by enemy bombing, Wallis started to think about methods of destroying the enemy’s energy sources…