This week 7 – 13 September we will be focussing on some of the hidden stories in our collections that talk about Battle of Britain Groundcrew.

#OnThisDay in 1940 : Fighter Command was hard pressed by large-scale, round-the-clock German attacks which started with raids against the docks of East London, using large formations of bombers with single and twin-engined fighter escorts. pic.twitter.com/PjD9ytUqXJ

#OTD an invitation to join the female section of the Air Transport Auxiliary. They were responsible for ferrying aircraft between factories, repair centres and squadrons, thereby freeing up combat pilots during the Battle of Britain. #BoB80 pic.twitter.com/Ao198aJc9o 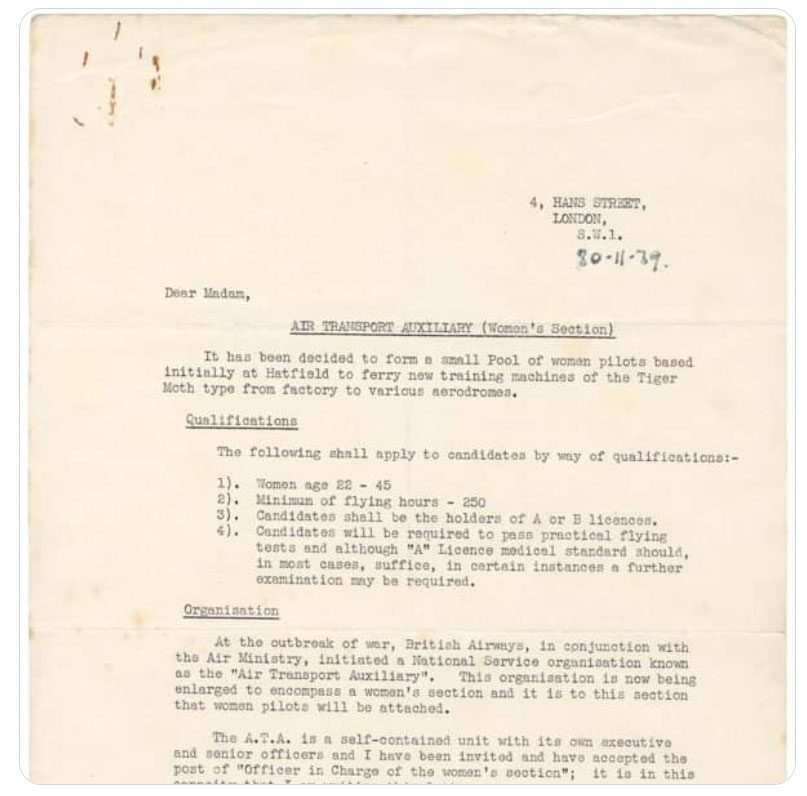 #OOTD This podcast provides us with a biography of Robert Stanford Tuck, one of the most famous Battle of Britain fighter aces.https://t.co/Kp6id0AziW 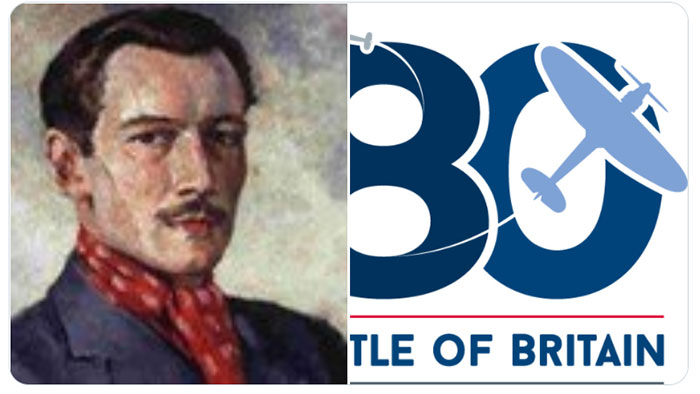 Now available to buy online prints from our new art exhibition In Air and Fire: War Artists, the Battle of Britain and the Blitz. Here we show a poster of the Royal Observer Corps, which retails at £6 https://t.co/5PaPn8t1jw pic.twitter.com/HMJS4NyHzn 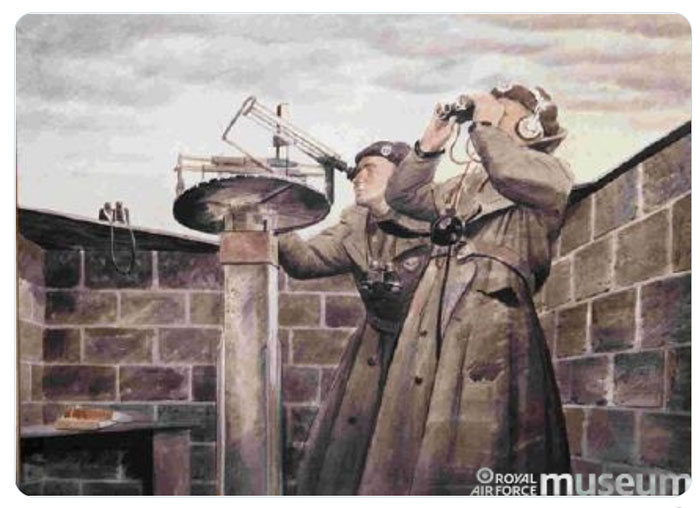 On 16 Sept at 7.00pm we will be hosting a talk on crowdcast and physically at our London site on our Battle of Britain Fighter Four. We will be joined by Alistair Noble and Stuart Hadaway from the RAF’s Air Historical Branch. For further details https://t.co/jKBQFOK5gb pic.twitter.com/Ld5V5eQDI2 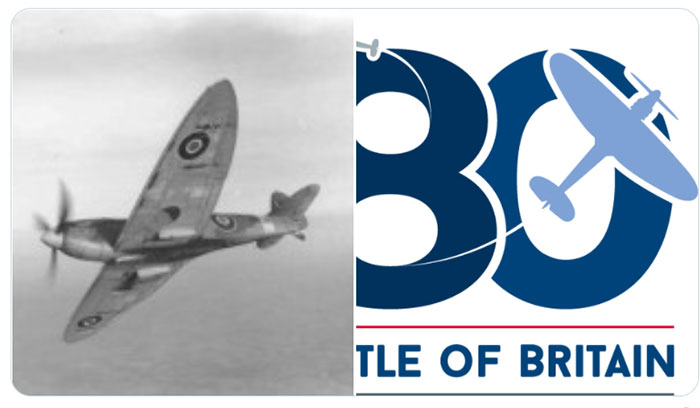 #London: Join us on 18 Sept for an evening with Jim Nicolson, as he shares the story of his Uncle, Wing Commander James Brindley Nicolson, VC, DFC. This fascinating talk will be live in front of our Battle of Britain Fighter Four. #BoB80 #BattleofBritain80 https://t.co/qixvH8QW0a pic.twitter.com/x97IJiG9of 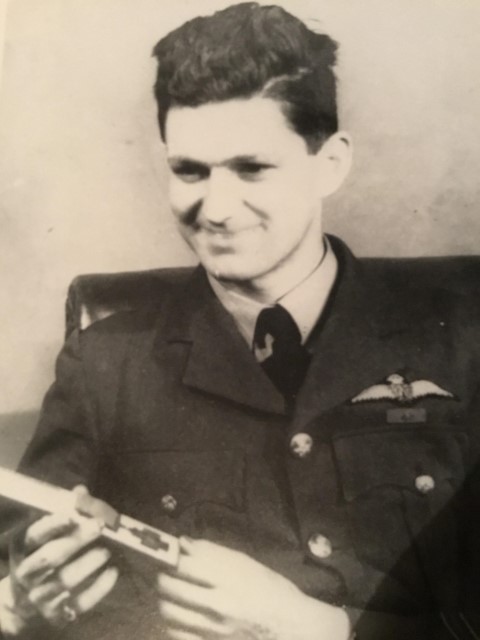 We have received some incredible entries for the Battle of Britain Bake so far, and here’s just a few examples of the creative ways families have been commemorating the 80th anniversary of the #BattleofBritain. Find out how you can join in the #BoBBake: https://t.co/GDbLCSajez pic.twitter.com/Aa1uh5Xfew 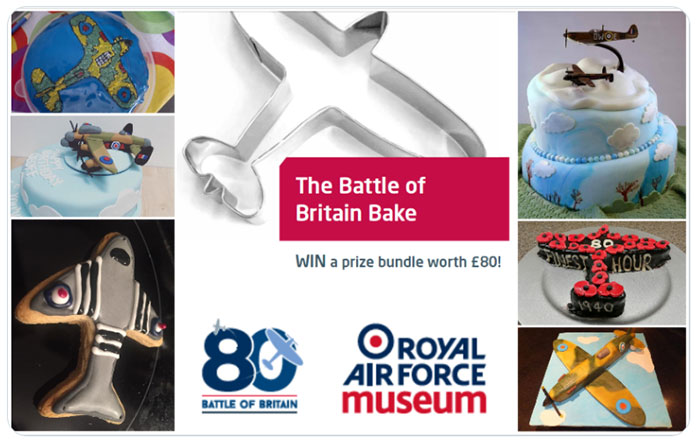 #OOTD An aircraft collection chit used by members of the Air Transport Auxiliary to collect an aircraft. In this case it meant that a Supermarine #Spitfire Mk VIII was to be delivered to RAF Dumfries. The ATA delivered more than 309,000 aircraft and logged 415,000 flying hours. pic.twitter.com/zpT0y3V7Zu 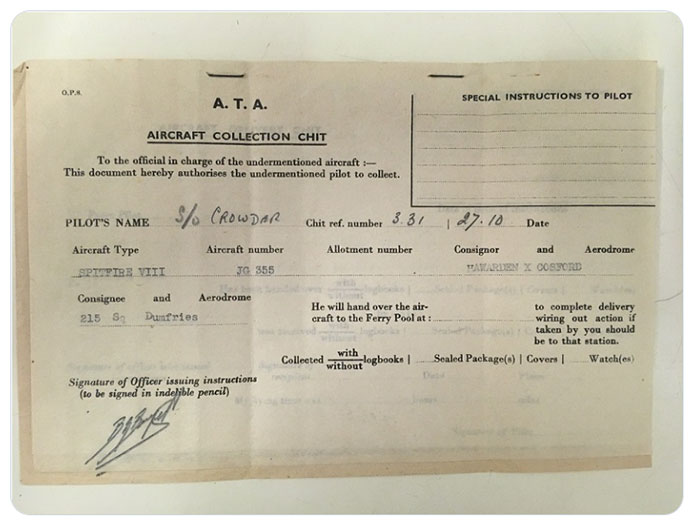 There are many Battle of Britain stories. Some well known, some not. If you have a Battle of Britain story that you would like to share, you can now upload them to RAF Stories. Here are a few that we have gathered already: https://t.co/D6SOX19Llp #BoB80 #BattleOfBritain80 pic.twitter.com/9SpnMktzJf 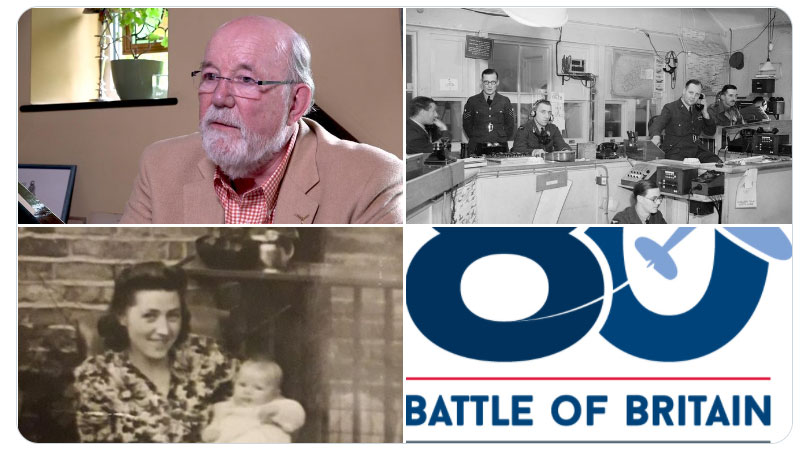 #OnThisDay in 1940 : No. 72 Squadron was one of the few squadrons scrambled to intercept German bombers. A Dornier Do 215 was believed to have been brought down, but one of the Spitfires was hit by return gunfire from the bomber and had to make a forced landing. pic.twitter.com/Wf9hTzEl9s 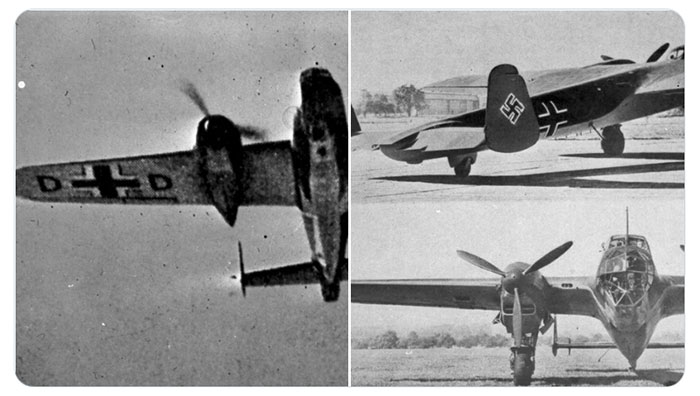 #OOTD A hidden letter written by Flying Officer Peter Tunstall and Wing Commander Douglas Bader. It was concealed inside a photograph by carefully splitting the photographic paper. It was sent from the #Colditz #PoW camp. Find out more here: https://t.co/3avLvmVktt#BoB80 #RAF pic.twitter.com/NpBKyBNLVI 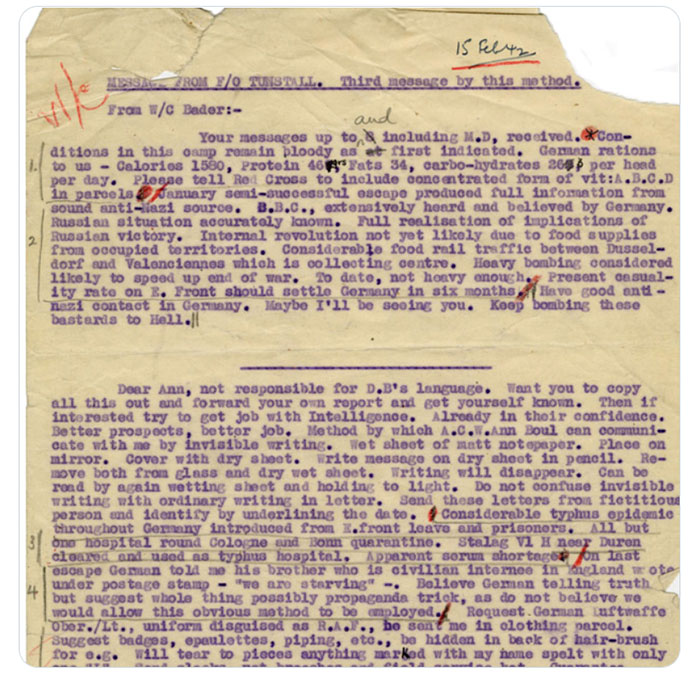 #OnThisDay in 1940 : Three large raids in the south-east. As the Blitz gradually starts, London is attacked for the third night in a row. Fires were started near St. Paul’s and St. Mary-le-Bow. Also Portsmouth and Southampton were attacked. https://t.co/q9K8YsVUaw pic.twitter.com/5TwwGlb54v 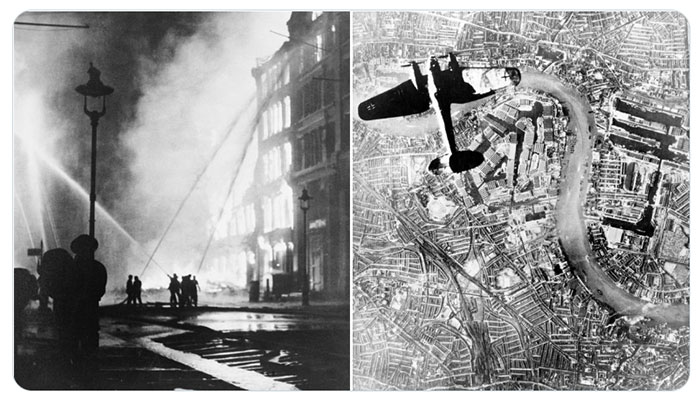 #OOTD The Battle of Britain may have been waged in the air, but there was a lot happening on the ground and at sea in order to keep the aircraft fighting. Curator Bryan Legate has written this blog post to highlight some of these vehicles. https://t.co/zSQ2w6DFwT#BoB80 #Fordson pic.twitter.com/PieH5kAoym 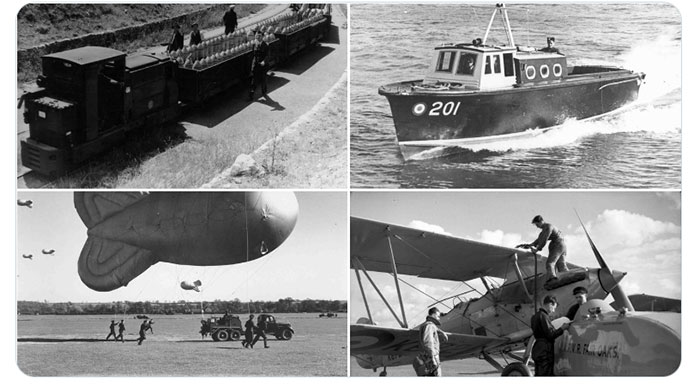 Thank you to everyone who has shared with us photos of their #BattleofBritain inspired cakes. Entries for the #BoBBake are open until 15 September, winners receive an £80 prize bundle and @rafyouthengage are providing goody bags for the runners up! Info – https://t.co/NU6GbDFqkO pic.twitter.com/PSWf7lw0JM 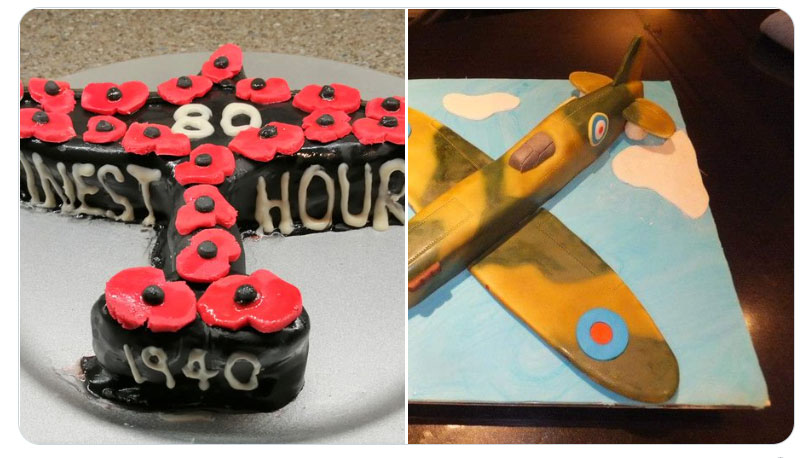 Great day filming with @thehistoryguy for @HistoryHit at Cosford. Guest John Watts shared his fathers remarkable story, sadly killed in a Hampden returning from an Operation; he never met his father but today he saw a Hampden from his father’s 144 Squadron for the very first time pic.twitter.com/z6jGfabRjv 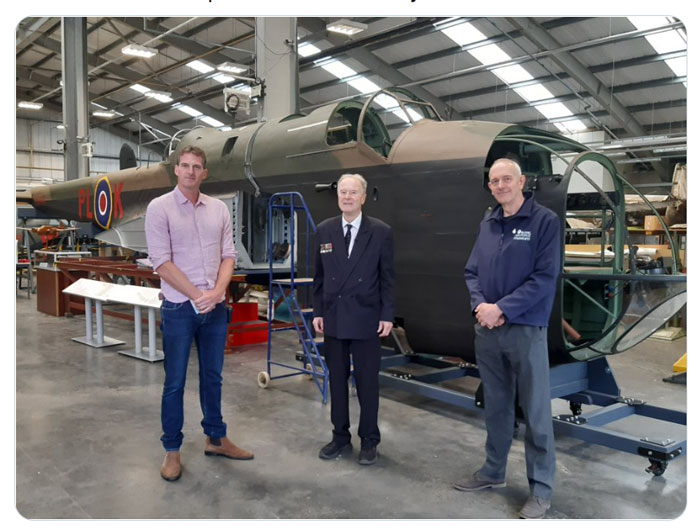 #OnThisDay in 1934 : The Gloster Gladiator made its first flight. It was the last biplane fighter aircraft of the RAF and paved the way for the Hawker Hurricane and Supermarine Spitfire. Some were still in service during the Battle of Britain, though mainly overseas. pic.twitter.com/hHlkIVunbq 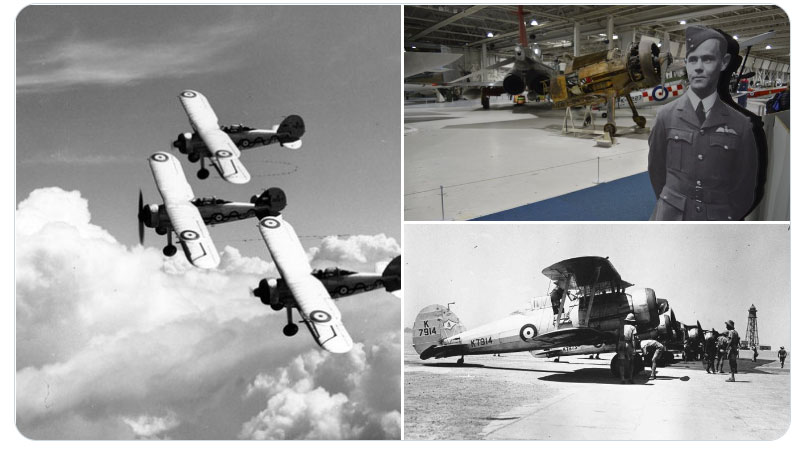 #OOTD The Gloster Gladiator biplane at the RAF Museum Cosford is now part of the new Battle of Britain Display. Some Gladiators were still in service during the Battle although completely outclassed. They soldiered on in the Middle East until Hurricanes became available. #BoB80 pic.twitter.com/J4PLVTxHyJ 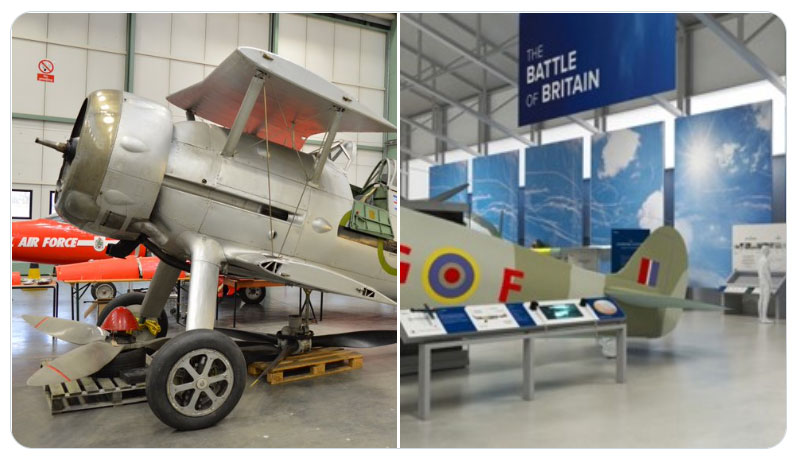 If you need a little inspiration for the #BoBBake, take a look at our free Second World War Recipes resource pack….can you turn carrot cookies into a squadron of Spitfires? https://t.co/FYxFRAQ02r Share a photo of your #BattleofBritain inspired baked goods to enter. pic.twitter.com/valGUA44Z9 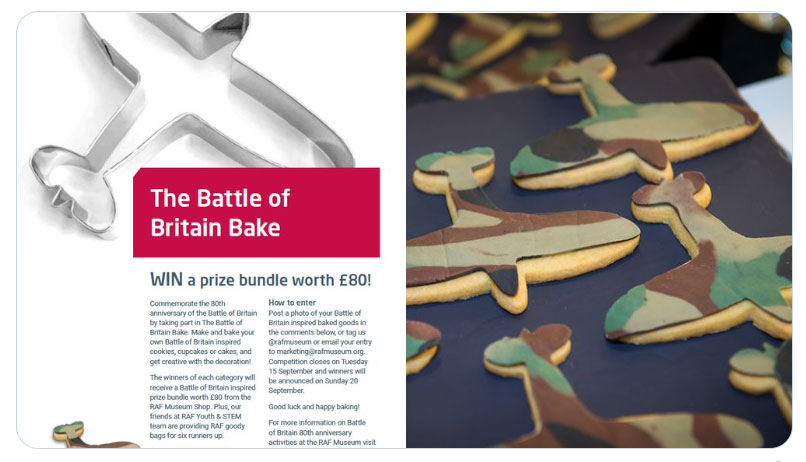 #OnThisDay in 1940 : Bomber Command fought on during the Battle of Britain. RAF bombers carried out another large raid on the Channel ports, sinking 80 large barges in the port of Ostend, Belgium. pic.twitter.com/SCWWnunyhg 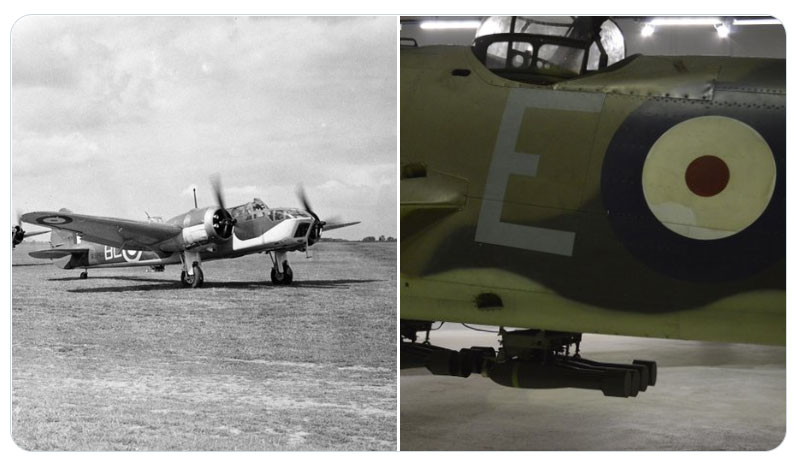 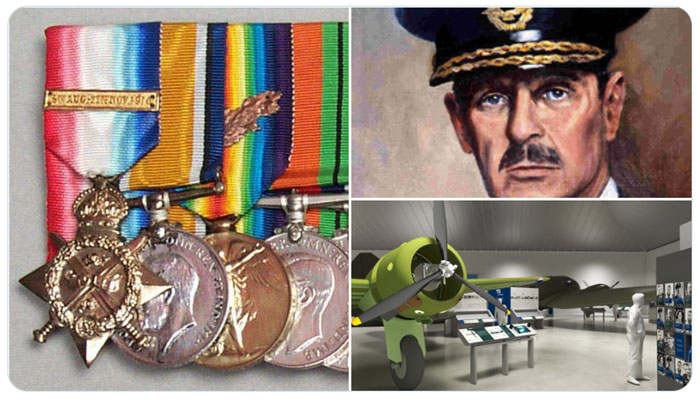