From World Power to Colonial Policeman

By 1918 the Royal Air Force had become the first independent, and the most powerful, air force in the world, with about 22,000 aircraft (3300 in operational squadrons) and nearly 300,000 officers and men. 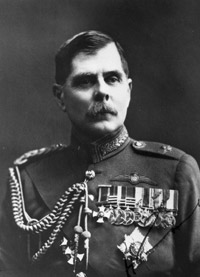 Government contracts for aircraft and equipment were abruptly terminated. The RAF was quickly reduced from its wartime strength of 204 squadrons to a mere 29 in March 1920. Of these seven existed as cadres and the remaining twenty two were under strength. Eight were in the United Kingdom, eight in India, six in Egypt, two in Ireland, two in Iraq, one in Malta, one in Palestine and one in Germany. Personnel were cut to 31,500 officers and men.

The November 1918 Armistice brought demobilisation, peacetime contraction and renewed inter-Service rivalry; it seemed all to possible that the new service would be reclaimed by the War Office and Admiralty.

There were several reasons why the RAF did survive during the early 1920s. Influential political allies, a forceful leader in Trenchard and perhaps most importantly it was able to demonstrate the advantages of the aeroplane in providing a cheaper solution to the ever present task of pacifying rebellions in the more remote areas of the Empire.

Many of the new types which entered service in 1918, such as the DH.10 shown here, remained in service for a very short time.

While many new types were quickly withdrawn from service others were retained. The Bristol Fighter entered service in 1917 and remained in service until 1932.

Armoured car units were formed in Iraq and Palestine to assist the RAF in its new role as a colonial policeman.