The last Comet l to be built, frame no 6022, was a Comet 1A ordered by Air France on 21st November 1951 along with 6020 and 6021. This aircraft was initially registered as the French civil airliner F-BGNZ. Her first flight was made at Hatfield on 16 March 1953. F-BGNZ was delivered to Air France and operated on the Paris-Rome-Beirut service from August 1953. 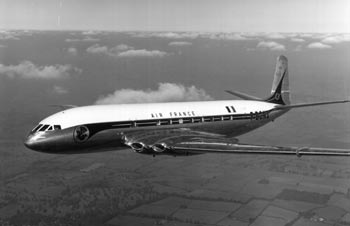 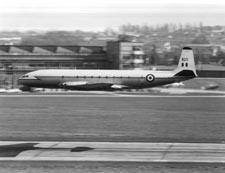 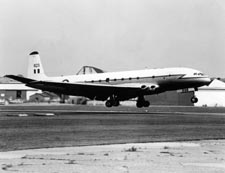 In September 1956 NZ was flown to de Havilland at Chester for conversion to a Comet 1XB. This included thicker skin around new oval windows and de Havilland Ghost 50 Mk 4 engines. A civil registration of G-APAS was issued and a Certificate of Airworthiness obtained on 10 January 1958.

G-APAS was handed over to the Ministry of Supply (later the Ministry of Technology) and used for various trials and as a flying laboratory, carrying the military registration of XM823, until May 1967.