The Battle of France

In May 1940, the ATA were given the urgent task of ferrying Fairey Battle light bombers to retreating RAF Squadrons in France.

One major problem for the ATA pilots involved, all of whom were male, was how to get back home.

On one of the final delivery flights to France, three ATA pilots made the return journey in unserviceable Hawker Hurricane fighters. This was quite a feat as few of the systems on these aircraft actually worked! 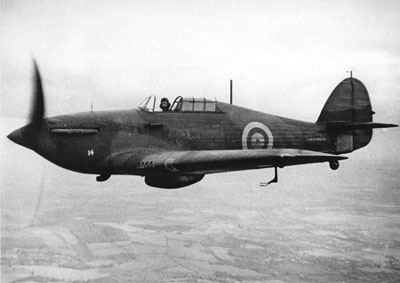