Alan Cobham became the first person to fly to India and back in his de Havilland D.H. 50 biplane. 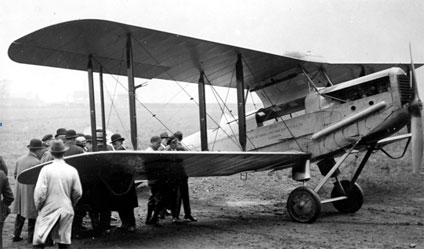 He began his journey at Stag Lane Aerodrome in Edgware, London on 20 November 1924. The outward journey spanned 79 days and over 8,500 miles when he reached Rangoon, Burma on 6 February 1925.

On 8 February 1925, he left for England reaching Croydon Aerodrome in South London 38 days later on 17 March 1925. He received a fantastic reception from the crowds that had gathered to celebrate his magnificent achievement.