By 1941, the Battle of Britain had been won but the Blitz was at its height and the outlook was grim.

Increasing numbers of women had been accepted into the ATA but restrictions remained on the aircraft types they were authorised to fly.

As aircraft production increased to meet demand so did the need for the ATA’s ferrying service and the decision was made to allow women to fly operational aircraft.

On the 19 July 1941 a Hurricane landed at Hatfield. Women could finally fly fighters… 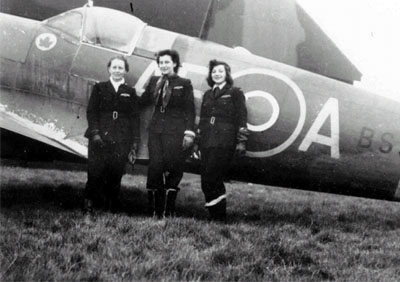