The Battle of Britain

ATA pilots delivering aircraft had a bird’s eye view of the battle, witnessing trails in the sky, bomb craters, fires and destruction.

With Britain under attack from the Luftwaffe and heavy losses sustained by the RAF, demand for the ATA’s services grew.

With women still only authorised to fly training aircraft, it was the job of the male pilots to deliver replacement operational aircraft. They were often forced to land on bomb damaged airfields which, occasionally, were still under attack.

ATA airfields were not immune from Luftwaffe bombing raids. Pauline Gower was nearly killed when Hatfield was bombed. Others fared worse. 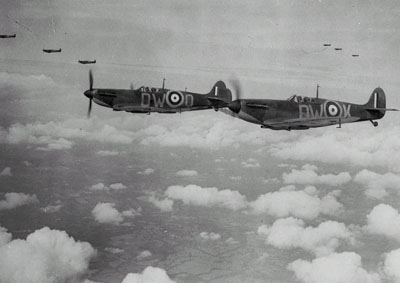