Alan Cobham became the first person to fly from England to South Africa and back in his de Havilland D.H. 50J biplane. 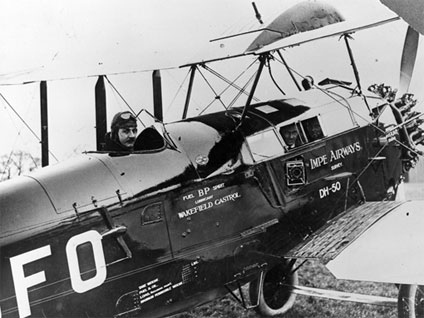 He began his epic flight at Stag Lane Aerodrome in Edgware, London on 16 November 1925. The outward journey spanned 94 days and over 8,125 miles when he reached Cape Town, South Africa on 17 February 1926.

On 26 February 1926, he left for London reaching Stag Lane Aerodrome only 16 days later on 13 March 1926. Immediately after landing King George V invited him to Buckingham Palace.

Alan Cobham received the Air Force Cross for this flight.