By January 1945 Akyab had fallen. Mandalay was liberated on 21 March and Rangoon in May. At the end of May 1945 the Allied counter-offensive was halted. 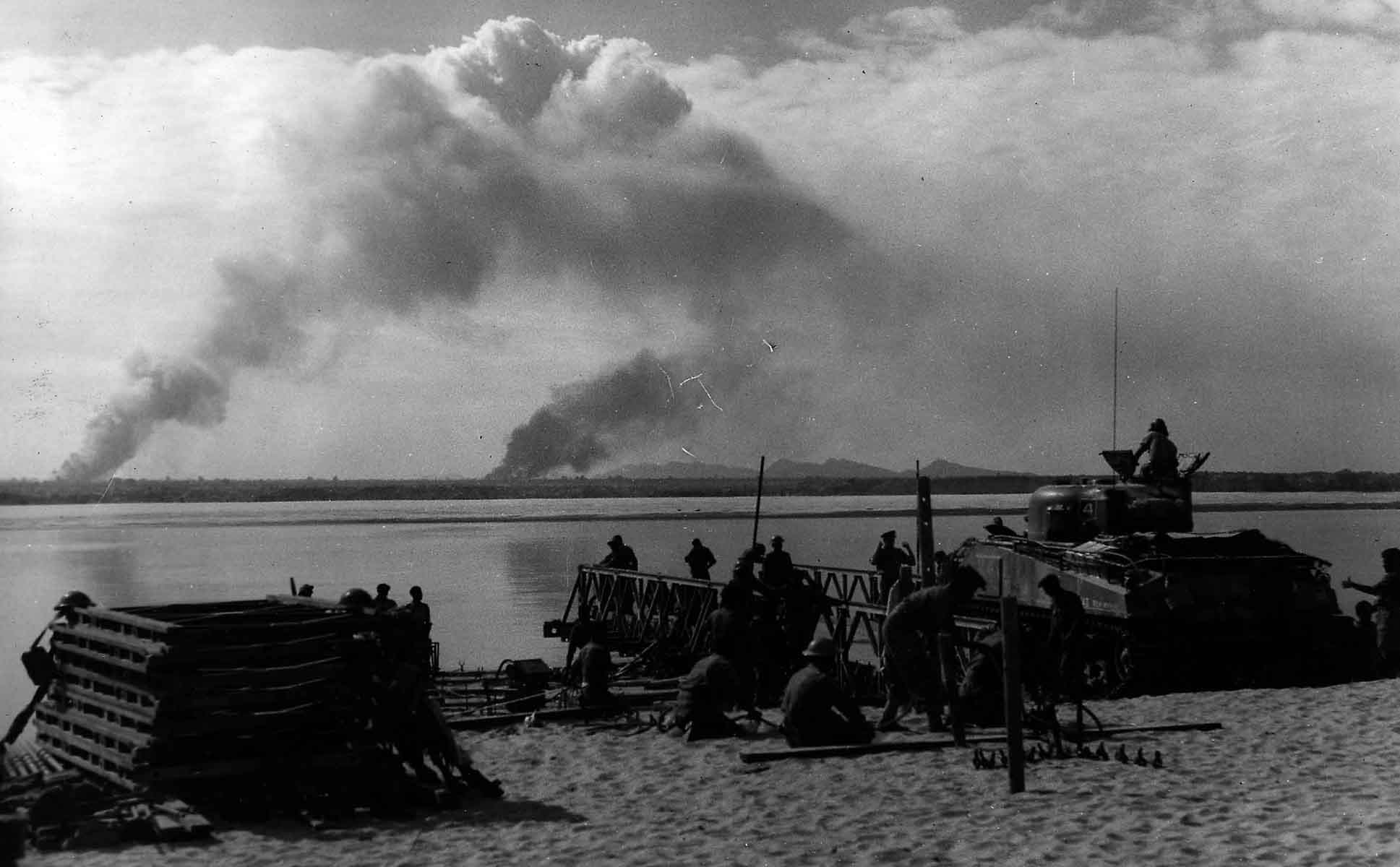 One last battle was fought – the Battle of the Sittang Road – in July 1945, in which Allied air forces were heavily involved.

Surviving Japanese forces attempting to retreat into Thailand were attacked both on the ground and from the air and were cut to pieces as they tried to cross the Sittang river. Casualties were extremely heavy not only from combat but also from disease and starvation.

Allied forces then began to prepare for the liberation of Malaya and Indo-China but the Japanese surrendered on 15 August 1945 before these operations could get underway. The Japanese war was over but not the fighting in South East Asia.

In late 1944 it was decided to send No. 618 Squadron RAF to the Far East. This De Havilland Mosquito equipped unit intended to use a variation of Barnes Wallis’ bouncing bomb against enemy shipping. Code named ‘Highball’ this device was a spherical depth charge. The unit was based in New South Wales, Australia but by the time it became operational in early 1945 there was a shortage of Japanese shipping targets in the area covered by the British Pacific Fleet. Although many meetings were held looking at possible operational uses or this specialised unit none could be found and so on 14 July 1945 a signal was received instructing the squadron to disband.

Carrier warfare assumed a much greater importance in the Pacific than elsewhere during the Second World War. In 1945 the Royal Navy created the British Pacific Fleet to operate alongside the US Navy against Japanese targets in the Pacific.

Home base facilities were provided in Australia. This fleet comprised 336 ship including seventeen aircraft carriers, four battleships, ten cruisers and forty destroyers. To assist in the movement of spares and supplies the RAF provided two Douglas Dakota squadrons Nos. 238 and 243 to support this huge naval force.