Victims of the communist regime

Died on 12th August 1957 in the hospital of the uranium mine Rovnost in Ostrov nad Ohrí, district Karlovy Vary, region of Karlovy Vary

Josef BRYKS was a fighter pilot. During World War II he was captured and became a prisoner of war. He tried to escape several times, in one case he even attempted to fly away with a German plane. After the war, he married Gertruda ROSE, with whom he had had correspondence already during his time in the prisoner camp. After the war they returned to Czechoslovakia together. Following the communist coup he was sentenced to a total of thirty years in prison. He went through the heaviest jails and worked in uranium mines. His health condition was deteriorating but he was refused medical help. Josef BRYKS died of heart attack on the night from 11th to 12th August 1957. His remains were not handed to his family and instead he was buried secretly at the cemetry in Praha – Motol. His decorations and medals, including the Medal of British Empire, and other possessions were stolen by StB (communist secret police) agents during house searches. Is there a chance that they will be returned to his family?

A plaque bearing his name was unveiled in his home village of Laštany in 1994, ten years later he was awarded with the Award of the City of Olomouc and a street was named after him at the Prague township of Cerný Most. Two movies have been made about Josef BRYKS. The first of them, the British film “The Captive Heart“, was filmed in 1946, and the second, “Muž, který precenil ceskou duši, aneb Úteky Josefa BRYKSE“ (“The Man Who Overestimated the Czech Soul or The Escapes of Josef BRYKS”) was made in 2007 in production of the Czech Television. Several books have also been published about his life story. 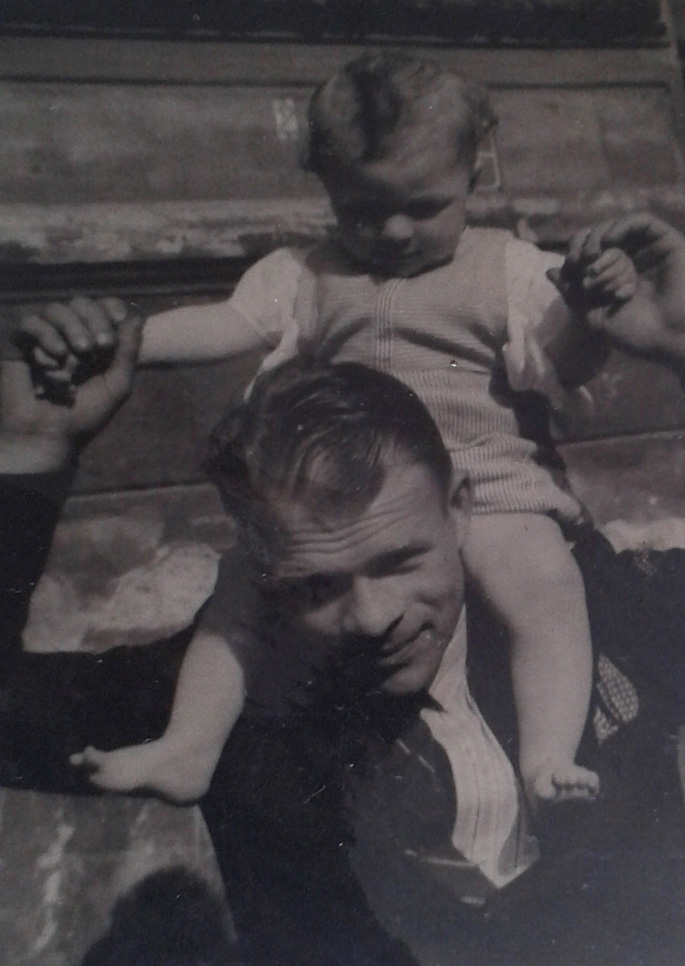 Happy father Josef Bryks. He did not rejoice at his daughter for long. Archive of Karel Bryks

A wireless operator and air gunner of 311 (Czechoslovak) Squadron. Eduard ŠIMON was dismissed from the army after the communist coup. For his political views, he was under surveillance even in his civilian job. Communist police officers attempted to apprehend him on 15th October 1949. He managed to escape, but died in a nearby apartment shortly after. The post−mortem examination report states that he committed suicide by shooting.

A memorial plaque was installed on his native house in Roudnice nad Labem in 2003.

Karel JANOUŠEK fought already in World War I, when he joined the ranks of Czech Legions fighting for establishment of Czechoslovakia. During World War II, he was the chief commander of Czechoslovak aircraftmen in RAF, for which he was appointed Knight Commander of the Honourable Order of the Bath. Already three days after the communist coup in 1948 he was pensioned off. Karel JANOUŠEK was detained after a provoked attempt to flee into exile, for which he was sentenced to nineteen years of heavy jail. Later he was sentenced to life imprisonment for an alleged attempt to escape. For some time he shared his prison cell with a former member of SS. He was released on pardon after twelve years. Upon his release he worked as a stock−taker.

Ivan SCHWARZ pretended to be two years older in order to be admitted in the army. He served as a navigator, flight engineer and air gunner with 311 (Czechoslovak) Squadron and participated in sinking of the German blockade-runner Alsterufer. Very soon after the war he realized the negative attitude of the new Czechoslovak regime towards the aircraftmen who had served in the West and he left for Great Britain, where he later worked in foreign trade. He has lived in Great Britain up to the present day. 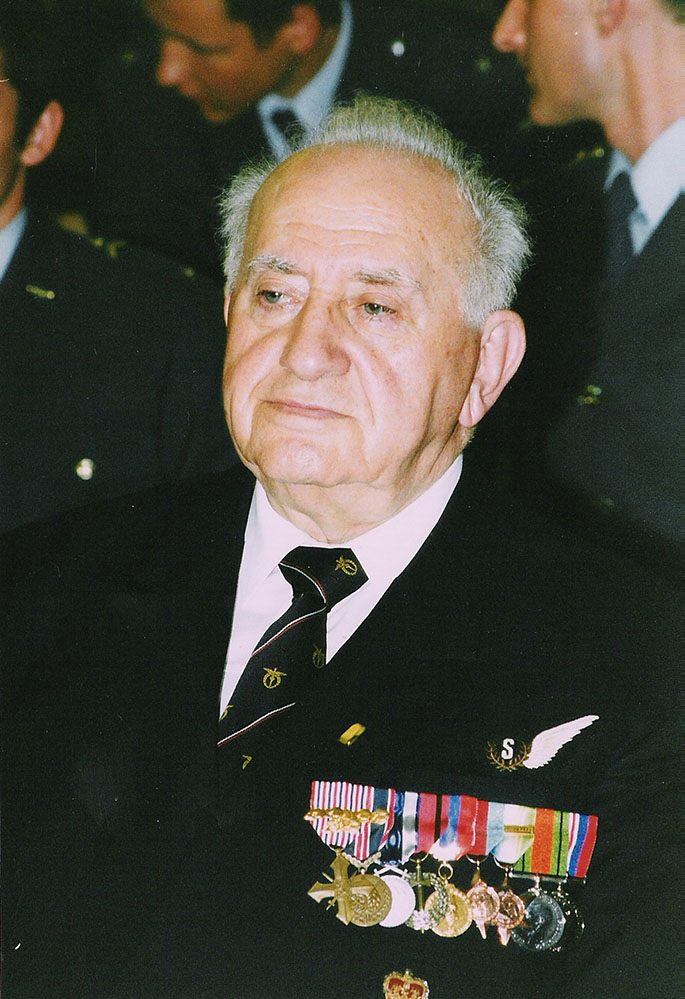