Amy’s flight to Australia was the first of many long journeys by air. 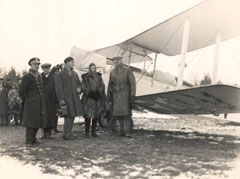 Amy with ‘Jason III’ during her unsuccessful attempt to fly to Peking in 1931. 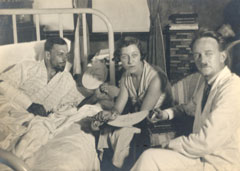 Amy and Jack Humpheys (right) visiting Francis Chichester in hospital in Japan, 1931. Chichester was another long-distance flier. In 1966/7 Sir Francis became the first solo sailor to race around the world eastbound with only one port of call, Sydney. He received a knighthood and his yacht Gipsy Moth IV is preserved in Greenwich. 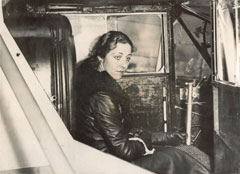 Amy in the cabin of Desert Cloud – note the large extra fuel tank behind her seat.