The Royal Air Force has maintained a long-standing presence in many parts of Arabian Peninsula since its formation in 1918.

Air Control in the Arabian Peninsula

Air Control was an operational method used by the Royal Air Force to disrupt a community’s normal existence. Linked to a clear political strategy, air control was an effective means of reducing lawlessness. It did not always require force but rather just the threat of it. In 1932, the Royal Air Force used air control to support the Sultan when a local tribe refused to recognise the former’s jurisdiction. 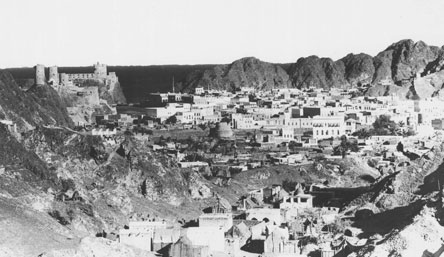 The First Air Bases in Oman

Clearing for Bayt Al-Falaj (now the site of the Sultan’s Armed Forces Museum) in Muscat began in 1930. From 1935 onwards Nos. 55 and 84 Squadron, permanently based in Iraq, regularly sent detachments to landing grounds at Masirah and Khor Gharim. Gwadar, an Omani enclave on the north side of the Sea of Oman until 1958, acted as an important staging post in Imperial Airways routes between Cairo and Karachi.

On 11 October 1928, Sultan Taimur bin Faisal visited RAF Hendon as a guest of the British Government. Sultan Taimur attended a flying display staged in his honour. Although the weather was ‘bumpy’, more than a dozen RAF squadrons employing the latest aircraft types demonstrated formation flying, aerobatics and bombing attacks. The occasion was marred, however, by the death of the crew of a Fairey Fox from No. 12 Squadron, lost in a flying accident on the airfield.

To view the Sultan of Muscat’s visit to Hendon in 1928, please click on the film above.