Controversy surrounded the appointment of women to the ATA, particularly the idea that they were ‘encroaching on men’s jobs’. Their suitability was also questioned.

Despite this, on the 14th December Pauline Gower was given the authority to appoint eight women to the organisation. They were to be based at Hatfield, away from the men and only be authorised to fly basic trainers.

Gower knew female pilots would come under the spotlight, so she had to choose carefully…

In January 1940 the eight pilots were revealed at a press launch. Four of the eight were experienced flying instructors, including 21 year old Joan Hughes. The remainder had experience of aerial circuses, army co-operation and long distance flying. 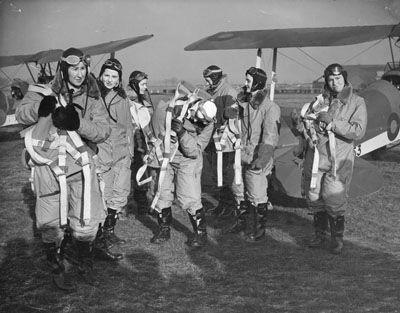