Alan Cobham became the first person to fly from England to Australia and back in his de Havilland D.H. 50J biplane. 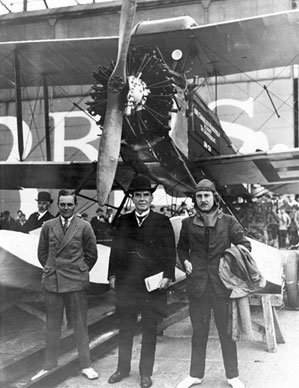 After landing he personally delivered a petition to Parliament about the benefits and importance of civil aviation to the nation.

Alan Cobham received a knighthood for this pioneering journey.