The Air Transport Auxiliary expanded to sixteen pools based across the British Isles.

In February 1940 the ATA were assigned the airfield at White Waltham, Maidenhead. This became the organisation’s headquarters.

The responsibility for operating the ferrying service for all military aircraft in Britain passed to the ATA in May 1940. New pools were established at Whitchurch in Bristol and Hawarden near Chester. These three bases covered London, the South West and the North, allowing easy access to most aircraft factories and airfields.

The workforce also expanded. Drivers and engineers were employed alongside medical personnel and other ground based support staff. 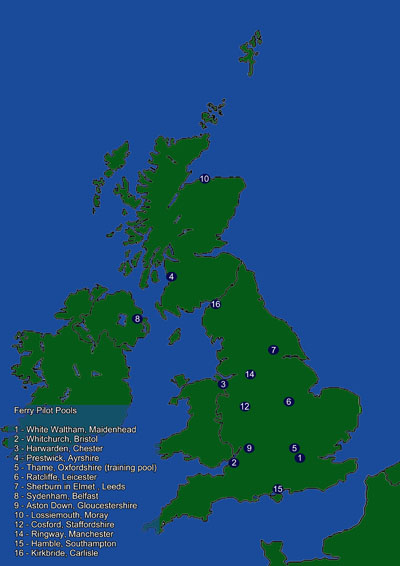