By the end of March 1941, Barnes Wallis had produced his paper ‘A note on a method of attacking the Axis Powers’. 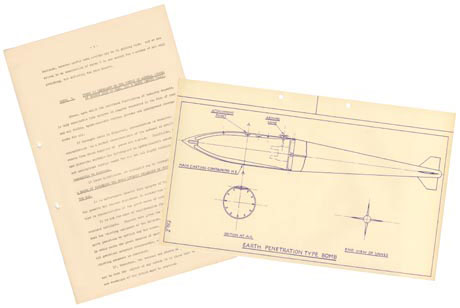 These extracts from the paper outline Wallis’s reasons for the targets he chosen as well as a proposed weapon; ‘the big bomb’. Although the Air Staff rejected the idea of ‘the big bomb’ further research was allowed due the encouraging results of experiments.

A year later Wallis’s second paper contained the idea of the bouncing weapon, referred to in the paper’s title; “Spherical Bomb – Surface Torpedo”.