Her feet always firmly on the ground, King served as an Operations Officer throughout the war. Initially based at Hatfield and later at Hamble, King was responsible for arranging the ATA’s flying programmes.

‘There in the Operations book lay the whole meaning of the Hatfield Ferry Pool’s existence, the programme for the day, the aircraft that were to be delivered from one place to another, the aircraft which were needed for their separate, vital jobs’ 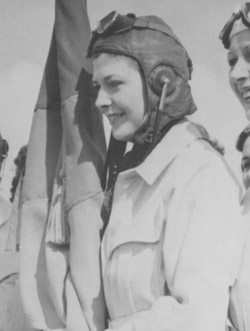