The Courage of the Long-Distance Flier 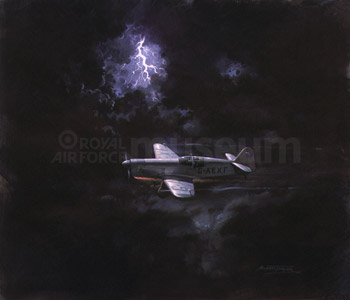 Crossing equatorial Africa, Henshaw encountered ferocious weather systems churned up by extremely high daylight temperatures and heavy humidity. Dramatic thunderstorms are a feature of the area and are so big that it is impossible to fly round them or over them. Henshaw had to battle on towards South Africa at night through a massive thunderstorm which buffeted the tiny aircraft around so much that he feared it might break up. It also did him no good, banging him about in the tiny cockpit so that he ended up with cuts and bruises.