14 Course, No.4 Educational and Vocational School 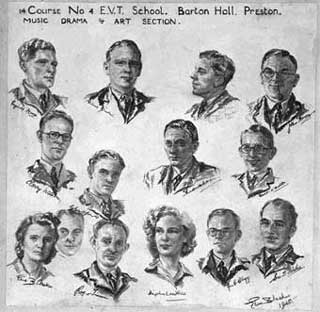 As it became clear that the war was coming to an end, much effort was put into adapting Service personnel back to civilian life. This was particularly necessary for those who had barely entered civilian employment after leaving school before being called up for military service.

Watercolour and ink on paper