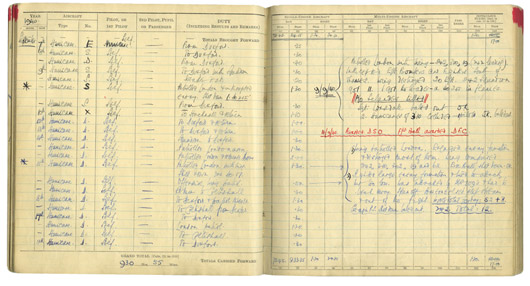 Bader’s wartime log book records fighting at the height of the Battle of Britain. His note on 9 September reads:

The “Big Wing” tactics, developed in part by Bader and championed by Air Vice-Marshal Trafford Leigh-Mallory, were proving very effective.