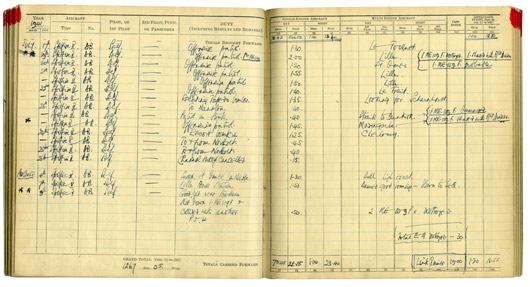 The final flight. Log book entries were often written up at the end of each month, rather than after each flight. The entries for August were added after Bader returned from captivity at the end of the war.

He records his score as 30 enemy aircraft destroyed. Subsequent investigations have given a revised figure of 20, plus two shared with other pilots.