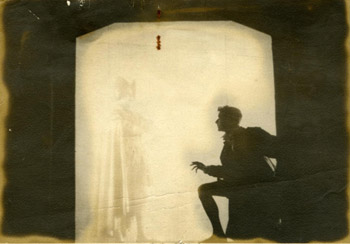 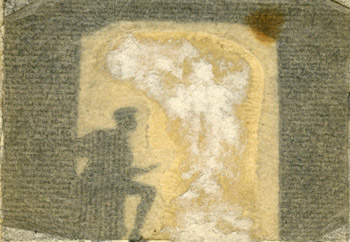 Click images to enlarge.
On the right: the front image of the letter
On the left: the message is revealed from between the layers of the photographic paper. 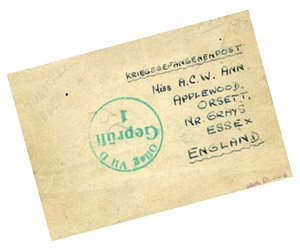 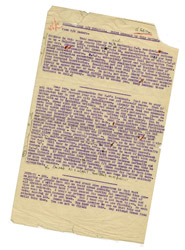 Click images to enlarge.
On the left: the back view of the letter
On the right: a types transcript of the letter

Many British Prisoners of War were able to send messages back to the UK, using coded letters or hidden messages. Here a letter from Flying Officer Peter Tunstall and Wing Commander Douglas Bader has been concealed inside a photograph. The photographic paper has been carefully split and the message – written on a sheet of tracing paper – inserted. Note how the writing follows the dark part of the image, to ensure that it remains hidden.

The typescript copy identifies the letter as the third sent by this means. A later letter was discovered by the Germans before it could be sent. Both Bader and Tunstall were arrested and charged with spying, but the charges were dropped.