From 1942, Bomber Command seriously damaged the Third Reich’s war economy by attacking industrial, communications and fuel targets in occupied Europe and Germany. Although the strategic bombing campaign undoubtedly shortened the war, it remains controversial because it resulted in the deaths of an estimated 600,000 German civilians and over 55,000 British, Commonwealth and Allied airmen. Four-fifths of the African-Caribbean aircrew served in Bomber Command. 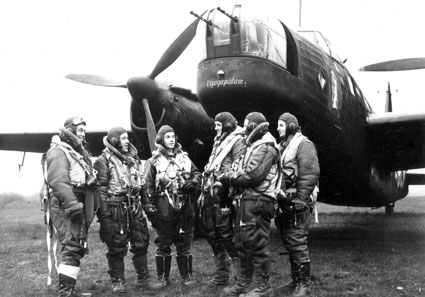 Flight Lieutenant William ‘Billy’ Strachan from Jamaica (far left) was a wireless operator/air gunner with 99 and 101 Squadrons. Strachan later served as a pilot with 156 Squadron, a unit of the élite Pathfinder Force. (Courtesy of IWM) 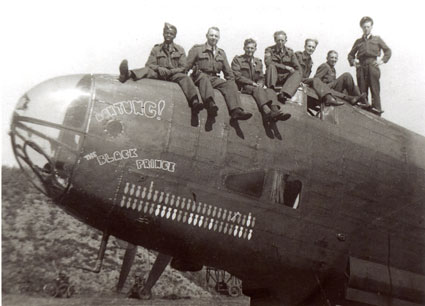 Flying Officer Akin Shenbanjo served as a wireless operator/air gunner with 76 Squadron. In December 1944, the Nigerian was awarded the Distinguished Flying Cross (DFC). Shenbanjo is pictured with his crewmates who named their Halifax bomber “Achtung! The Black Prince” in his honour. (Courtesy of W.R. Chorley) 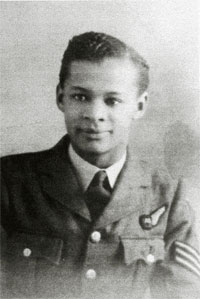 Sergeant Arthur Young was born in Cardiff in 1923 and flew as a wireless operator/air gunner with 106 Squadron. On 30 July 1944, the young Welshman and his six crewmates were killed when their Lancaster bomber crashed at Salford in Lancashire. (Courtesy of Patti Flynn) 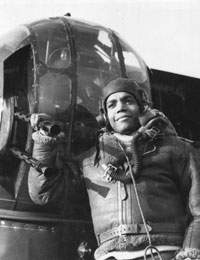 Flying Officer Lincoln Lynch won the Air Gunner’s Trophy in 1943. Posted to 102 Squadron, the Jamaican shot down a German night fighter on his first operation. Lynch was later awarded the Distinguished Flying Medal (DFM) and, unusually for an air gunner, he was commissioned as an officer. (Courtesy of IWM)