From 1942, matters were complicated by the appearance in Britain of American troops. The United States forces were racially segregated and the Americans expected their British allies to accept the fact. A poll taken in 1943, however, showed an overwhelming majority of ordinary British people opposed racial segregation. There were also instances of local men and women siding with Black airmen and G.I.s in arguments, and even fights, with white American soldiers. 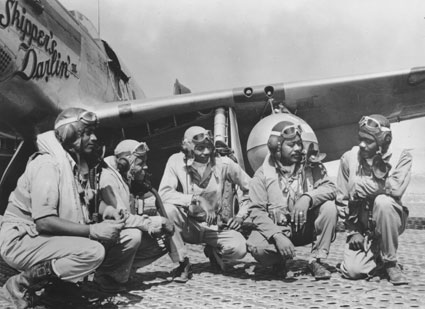 Nine per cent of the American military was of African heritage and the inspirational story of the all-Black 332nd Fighter Group, the famous ‘Red Tails’, is well known. At the same time, the focus on the achievement of the ‘Tuskegee Airmen’ has overshadowed the smooth and successful integration of the Black volunteers into the RAF.

Not all Americans supported segregation and the ‘Tuskegee Airmen’ were backed by sympathetic white officers. Moreover, there was much that was shameful in the British Empire and white airmen overseas were sometimes shocked by the reality of colonial rule. Leading Aircraftman Woolf Cohen spoke for many when he said:

“We were warned about the racial segregation before we got off the troopship in Durban and we were told to stick to the rules. My friends and I returned to the ship early because we didn’t like what we saw.” 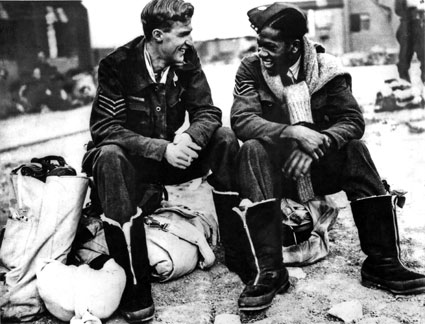 Sergeant Dickinson survived the war, but Sergeant Gilkes was shot down and killed on 3 August 1943. The Trinidadian has no known grave and is commemorated on the Runnymede Memorial.