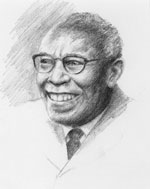 After the war, a number of Black veterans chose to make a career in the RAF. Trinidadian Larry Osborne, who had served as a navigator with Coastal Command, became the first Black officer to be promoted to the rank of Group Captain. In 1969, he was made an OBE for his pioneering work with computers. His son, Noel, followed him into the Service and flew Jaguar jet fighters. Another veteran to enjoy a long career was Flight Lieutenant Vidal Dezonie. The Jamaican joined the RAF in 1944 and returned from leave aboard the Empire Windrush.

“I have spent all of my working life in the RAF and so I’ve not experienced racism to the same extent or in the same way as many other West Indians who came over in 1948 or the 1950s. In my experience the RAF is colour blind and free from racism.”

Vidal Dezonie’s son, André, became a Harrier pilot in the 1980s and was promoted to Group Captain. His advice to Black personnel is to the point:

“Try hard and give it your best shot, and if you fail it’s not because you’re Black.”

Joe Walcott MBE from Jamaica joined the RAF in 1945 and retired as a Warrant Officer after 34 years’ service. His son, Don, served in the RAF for a further 17 years and is now the personal manager of his son, former England and current Premier League footballer Theo Walcott. 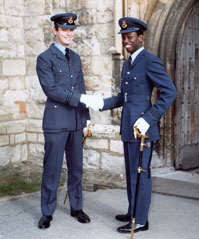 Air Commodore David Case was born in Guyana and won the Sword of Honour at RAF Cranwell as the most outstanding officer cadet of 1977. He is the highest ranking Black officer in the history of the RAF. Having enjoyed an exceptional career, Air Commodore Case says:

“I have reflected on whether I have encountered discrimination and can honestly say I cannot identify any occasion when I thought this might have been a case in point. I try to educate people by simply being who I am.” 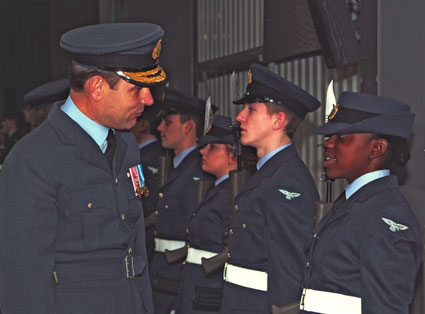 British society has changed dramatically since the 1960s and the RAF reflects this change. Attitudes and language have evolved and where once there was a ‘colour bar’, the RAF is now considered one of the very best employers of Black people. 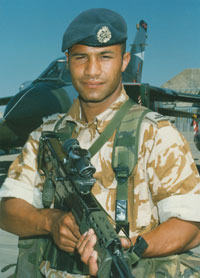