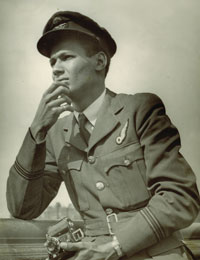 After the war, most of the Black airmen and airwomen returned to Africa and the Caribbean. They were proud of having played their part in the defeat of Nazism and they carried with them the dynamic ethos of the RAF; with its emphasis on efficiency, teamwork and achievement. Many of the veterans now became lawyers and teachers, or entered politics or journalism as they sought to improve themselves and change their homelands for the better. 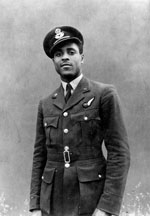 “I decided then, that I would study law, because I wanted to go back to the Caribbean. My ambition was to help get the British out of the West Indies.”

Their efforts were rewarded when Britain granted her African and Caribbean colonies independence within the Commonwealth in the 1950s and 1960s. 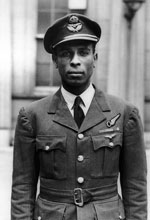 Britain was happy to entrust the former colonies to men of the calibre of Squadron Leader Ulric Cross, who served as a judge in Africa and in Trinidad and was eventually appointed Trinidad’s High Commissioner in London. His close friend, Flight Lieutenant ’Johnny’ Smythe, another former prisoner of war, was similarly well-regarded and became Attorney General in Sierra Leone. Dudley Thompson went on to enjoy an outstanding legal and political career in Africa and Jamaica and, in 1966, Errol Barrow became the first Prime Minister of an independent Barbados.

It is unlikely that the RAF expected veteran airmen would play such an important part in winning independence for the Black colonies. Nevertheless, it is partly because of men like Johnny Smythe, Errol Barrow, Ulric Cross and Dudley Thompson that Britain’s decolonisation was achieved with few of the violent upheavals that marked the end of the other European empires. 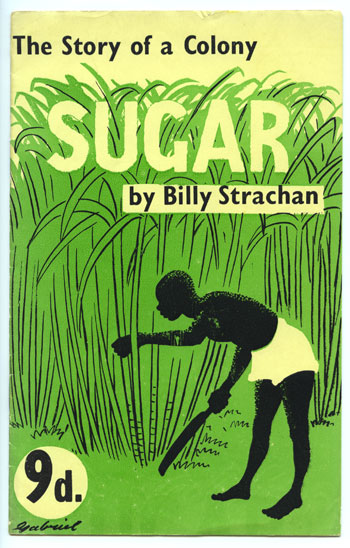 After the war, Flight Lieutenant Billy Strachan became involved in the anti-colonial movement. In 1955, he wrote this pamphlet which criticises British companies producing sugar in the Caribbean.