The arrival of HMT Empire Windrush at Tilbury on 22 June 1948 symbolises the beginning of large-scale Caribbean immigration to Britain. It is forgotten, however, that roughly one third of the Empire Windrush’s 492 passengers were RAF airmen returning from leave or veterans re-joining the Service. Baron Baker, a former RAF Policeman from Jamaica, greeted the ship and organised temporary accommodation for the newcomers. He remembered that:

“Many of those on the Windrush were ex-servicemen, and there was an immediate understanding between us. There was a greater feeling of togetherness among that generation of us than I have seen in any group I have come across.” 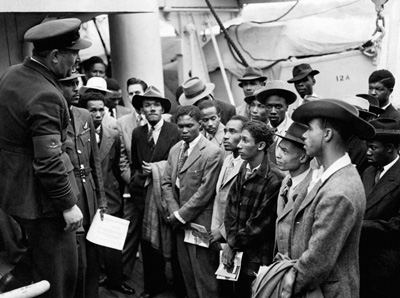 While the Black airmen were fortunate to be returning to a Service that valued their skills and treated them with respect, their civilian counterparts faced a cold and often hostile reception. Discrimination in housing and employment, coupled with routine verbal and physical abuse, was endured by many Black people living in the poorest parts of Britain’s cities. 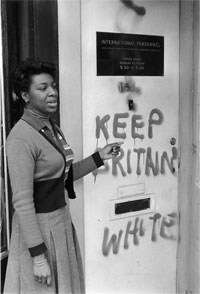 Returning to civilian life in the 1950s, the veterans set to work as ‘pathfinders’ for the Black community. Sam King MBE, who also came back to the RAF on the Windrush, helped establish the ‘partner’ scheme in South London to help Black families buy their own houses. He later became the first Black Mayor of Southwark. Reflecting on the value of his air force career, Sam King said:

“Those seven years I spent in the RAF were to change my life.”

In 1963, Stephenson skilfully organised a peaceful boycott which broke the Bristol Omnibus Company’s ‘colour bar’ and opened the way for Black bus crews. Another volunteer was Jamaican Val McCalla, who left the RAF in the mid-1960s with book-keeping and administrative skills. He put these to good use in 1982 when establishing ‘The Voice’, the aptly named Black newspaper famous for its forthright campaigning style. 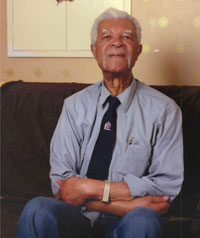 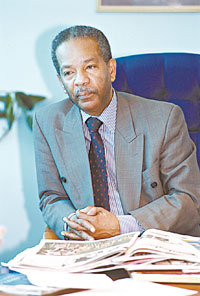 There are many other stories, and it is clear that the foundations of Britain’s Black community were laid in part by RAF veterans.