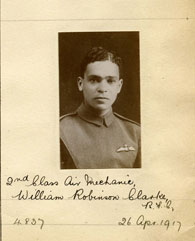 On 4 August 1914, Britain and her Empire went to war with Germany. The Caribbean colonies supported the mother country enthusiastically and 15,600 Black volunteers joined the British West Indies Regiment (BWIR). Like young men all over the Empire, some enlisted out of patriotism while others joined up for economic or personal reasons or to seek adventure. BWIR battalions served in France, Palestine, Egypt and Italy and suffered 1,325 casualties. In all, 130 men were decorated for bravery.

In Africa, Black soldiers from Nigeria, Gold Coast (Ghana), Sierra Leone, Gambia, Uganda, Nyasaland (Malawi), Rhodesia (Zimbabwe) and Kenya fought well in the campaigns against German colonial forces. Thousands were killed or wounded and over 160 honours were won. The exact number of African casualties is unknown because the colonial authorities did not keep proper records. 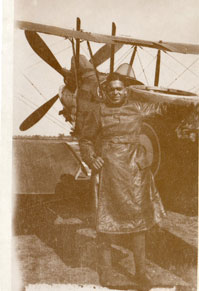 In Britain, the armed forces maintained a ‘colour bar’ and few Black volunteers were accepted. Officer commissions were also denied to anyone not ‘of pure European descent.’ This restriction was eventually relaxed and an unknown number of Black personnel served with the Royal Flying Corps (RFC), the Royal Naval Air Service and, from 1 April 1918, the Royal Air Force. The first Black volunteer to qualify as a pilot was Sergeant William Robinson Clarke from Kingston, Jamaica, who flew R.E.8 biplanes over the Western Front in the summer of 1917.

As well as fighting men, the Caribbean and African colonies provided vital raw materials, including cotton and aluminium, and foodstuffs such as sugar and rice. Other help came in the form of generous financial loans and gifts. The Black colonies also paid for dozens of ‘presentation’ aircraft; the Gold Coast (Ghana) alone providing 16 machines of various types. 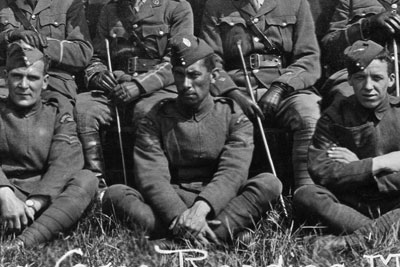 After the war, the ‘colour bar’ to enlistment in the armed forces was quietly
re-imposed. 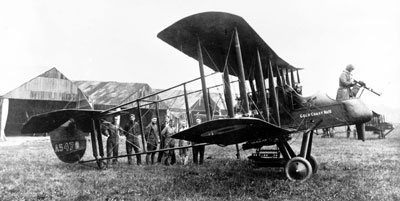