Alan Cobham and Sergeant Ward encountered a record-breaking crowd of 60,000 people when they landed at Sydney, Australia. 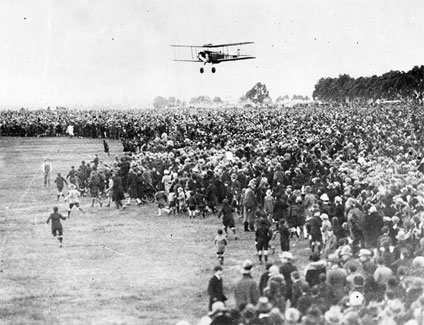 However, when they arrived at the furthest point of their journey nothing could prepare them for what they saw.

A rapturous crowd of over 150,000 people had assembled at Essendon Aerodrome at Melbourne, Australia to greet them.

Alan Cobham remarked at this astonishing sight that, ‘it was obvious that the people of Australia were more alive than most to the importance of aviation to the future’.