Landing on the River Thames 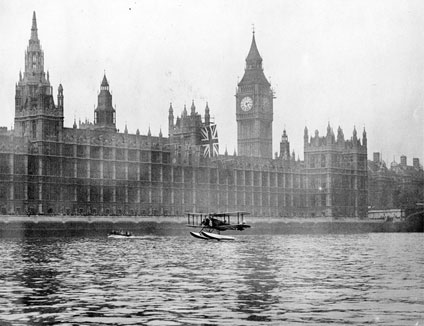 On the 1 October 1926, Alan Cobham landed on the River Thames at the end of his phenomenal 26,000 mile Australian adventure.

Over 1,000,000 people lined the embankments and bridges of the River Thames to greet him.

After landing, Alan Cobham first met his wife, and then the Speaker of the House of Commons, the Secretary of State for Air and the Director of Civil Aviation by the Houses of Parliament.

Alan Cobham then proceeded to petition Parliament about the importance of civil aviation to the British nation.