Alan Cobham and his trusted flight engineer Arthur Elliott flew over Basra, Iraq when a violent explosion erupted in the cabin. 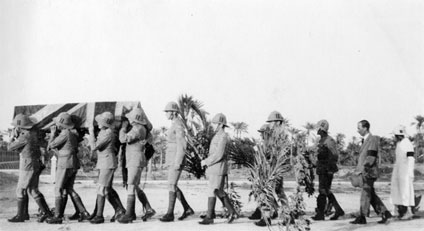 Cobham turned to Elliott and saw that he looked very pale and was losing a lot of blood. Cobham raced to the nearest hospital in the hope of saving his friend but despite his efforts Elliott died of his wounds.

Cobham later discovered that Elliott had been shot by a local on horseback as they flew over the outskirts of North-East Basra.