Why Australia and back?

Whilst Alan Cobham gathered information for his flight to South Africa he became disappointed with the Government’s lack of interest in civil aviation. 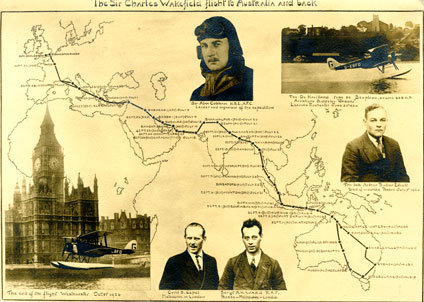 In order to attract the attention of the Government to civil aviation, he planned to fly from Rochester, England to Australia and back again in his de Havilland D.H.50J.

His biplane could be converted to carry floats and, on his return journey, he intended to land on the River Thames by the Houses of Parliament to deliver his petition to the Government.