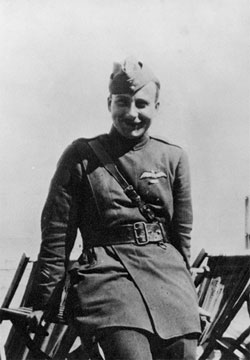 After beginning his flying training at RAF Manston, Alan Cobham’s instructor selected him to be the first of his course to make a solo flight.

Considered a natural pilot, Cobham became a Flying Instructor when commissioned in the Royal Air Force.

At the end of the First World War, Cobham left the RAF but knew that aviation would be his life.