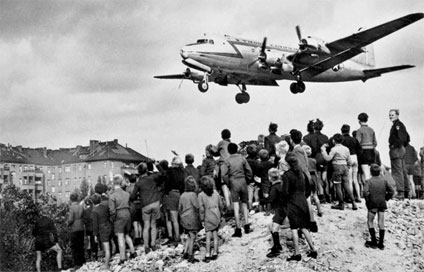 After Germany surrendered from the Second World War on 8 May 1945, the Allies divided the country into four military zones. Furthermore, Berlin would also be divided into four sectors between the Allies despite being in the Soviet Union zone.

On 24 June 1948, the Soviet Union blocked all road, rail and canal routes to Berlin from the Western zones. However, a combined effort from the RAF and the United States Air Force managed to sustain the city from the air until 12 May 1949 when these routes opened again.