During the Falklands War, the longest bombing raid ever attempted, at the time, relied upon Flight Refuelling’s technology to succeed. 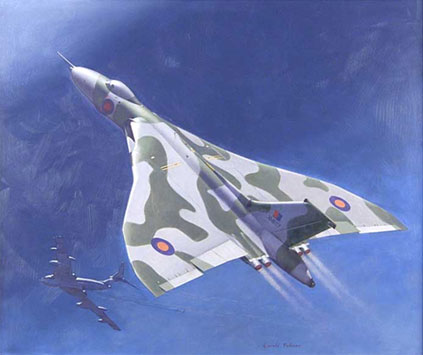 On 2 April 1982, Argentina invaded the Falkland Islands due to a long-standing territorial claim. The British government responded by sending a joint task force to retake the Islands.

The RAF decided to undertake bombing raids against the runway and main airfield at Port Stanley in the Falkland Islands to support the joint task force.

Avro Vulcans took off from Ascension Island, successfully bombing their targets on an 8,000 mile round trip while being refuelled in the air by Handley Page Victor tankers.