Alan Cobham and his companions arrived on 17 March 1925 at Croydon Aerodrome, London to a hero’s welcome. 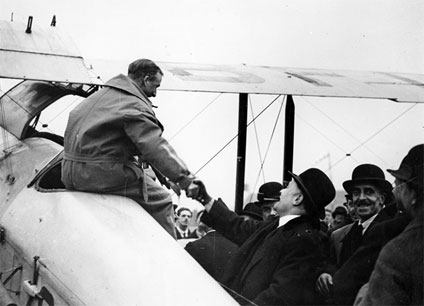 Cobham had successfully completed his flight and his mission to show the importance of civil aviation to the nation’s future.

‘I found that my message was starting to get across. I wanted people to stop thinking of flying as a ‘stunt’ and start thinking of it as a normal means of transport.’

Sir Sefton Brancker made the flight in order to establish an airship route to India but his experiences changed his mind and he now thought of aeroplanes instead of airships.