Flying for the British Government

During Sir Alan Cobham’s Africa flight he also embarked upon a pioneering journey for the British government. 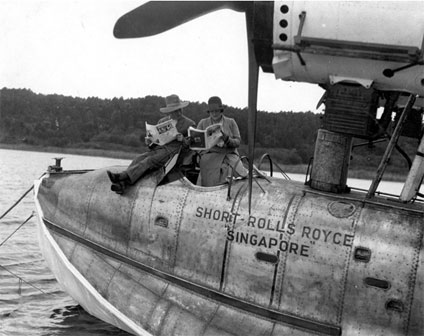 This flight began in Alexandria, Egypt and ended in Mwanza, Tanzania on Lake Victoria. However, Cobham needed to make the return journey to test this air route completely.

Cobham successfully completed the flight in four days, which persuaded the East African governments to support this air route at a later conference.

Whilst on this flight, Cobham picked up his first two paying African air route customers for a combined fare of £160.